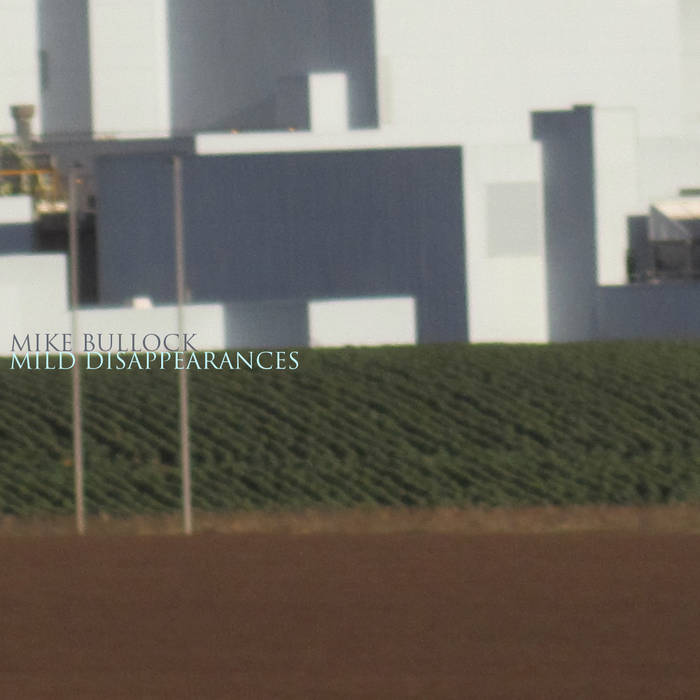 I have known bassist/video artist/composer Mike Bullock for about as long as I’ve known anyone outside of my own family, and have always witnessed his restlessly energetic explorations with amazement. The guy just doesn’t sit still! In 1998, he was 1/3 of FETISH, a confrontational anti-jazz trio with David Gross and Tatsuya Nakatani that managed to frustrate and alienate just about everyone within earshot. They were one of my favorite bands. After FETISH parted ways, Bullock embraced absurd theatricality, performing entire concerts where he lifted his contrabass over his head and let it feed back brutally. Mike’s duo with Vic Rawlings resulted in fabulously baffling performances of rewired electronics, unstable feedback, and provocatively awkward pauses. Subsequent years saw Mike embracing video art, computer music, and large group improvisation as part of The BSC (with Rawlings, Bhob Rainey, Greg Kelley, etc). Like I said, the guy is in constant motion.

Mike’s latest work pushes the bass even further to the background, though traces of vibrating strings remain beneath the din. "Mild Disappearances" finds Bullock wrestling with analog and digital synthesis for five slabs of grimy, subterranean rumble. At this point, I never know what to expect from Mike's records, except that they won't sound like the previous one. This is no exception. Think of the gravity-free improvisations of Keith Rowe, the inner-space depression meditations of Maurizio Bianchi, or perhaps... ah, forget it. It only sounds like Mike Bullock after all. - Howard Stelzer/Intransitive, 2012

All tracks recorded in Cambridge, MA.
1-4 at Weirdo Records. 5 at MIT.
All tracks re-recorded, mixed, and mastered at The Circular Ruins, Boston MA, 2010.

Thanks to Angela Sawyer, Peter Whincop, H. and J-P. Melville, Howie and Ashley, and Jessica Rylan for the Flower synth. Photos and design by MB.

Originally published as a CDR in a limited edition of 100 copies.

Former label for experimental-type music. Foolishly founded by Howard Stelzer in 1997, mismanaged for more years than necessary, and finally put out of its misery in 2012. This page exists to keep some titles available.

Bandcamp Daily  your guide to the world of Bandcamp